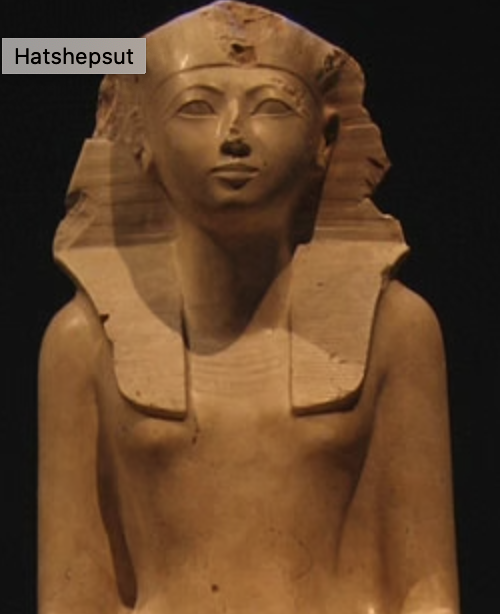 Who would imagine that the women of ancient Egypt, especially those of royal birth, experienced more freedoms and rights than women of other cultures and even than their descendants? Some would even go on to be Pharaohs themselves. We may have been taught the most about Nefertiti, that icon of a Queen who is known more  for her high cheekbones, light skin, straight nose, and swan-like neck than she is for her impressively bold rule beside her husband. However, even before Nefertiti, were powerful women called God's Wives of Amun.

"God's Wife of Amun" was a ceremonial title bestowed to Kushite Princesses or the wife or mother of a Pharaoh. Although the role of God's Wife of Amun was meant to be equivalent to that of a High Priestess,  some would go on to have political and spiritual powers equal to that of Pharaoh.

The most powerful women to hold this role were: