"As people, we are more alike than we are different but our differences are beautiful too" Happy Dewali, ( Deepawali) Sanskrit Shlokas , starts with this prayer Give us light over darkness Give us knowledge over ignorance Give us hope over despair. As you light the Deep ( an earthen 🪔 lamp) Happy. Deepawali. Read part 1 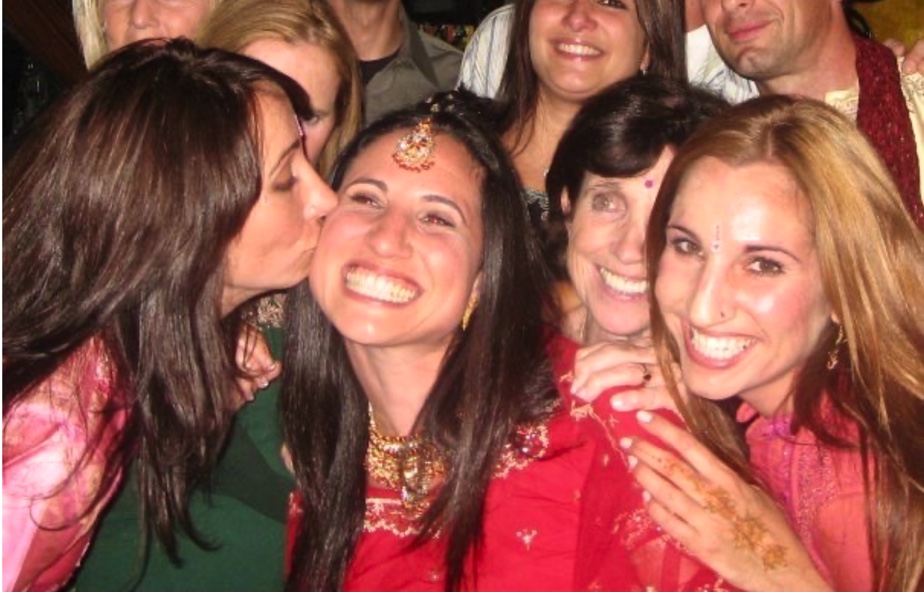 We continue the  Being blog series with our final post about Being Indian American. All this week we have focused on South Asian aka Indian culture in honor of the celebration of Diwali which ends on November 17th. This post features my wonderful friend Anjeli Sharma, the sister of the previous poster Sheila Sharma. Like her sisters, Anjeli has a unique perspective in being a multicultural person and so I picked her brain too about her experiences as an American raised by an Indian father and Irish mother.

Here is what she had to say:

What is your name & location? Anjeli Sharma, Montclair, NJ

Tell me your earliest memory of an Indian tradition an Irish tradition?

Some of my favorite Indian memories are from our time going to the Indian Association as a kid. It was a strange circumstance in which my mother would take us because my parents were divorced by then, but she wanted us to have that exposure and we had a lot of friendships with other Indian families in town. I loved celebrating Holi there. We would be given bags of colored powder and told to go crazy. Diwali parties were also big growing up and I was amazed at the number of people and the amount of delicious food, music, and joy. More personally, my father used to wake us up by blaring music, like chanting by Nusrat Fateh Ali Khan, while meditating so it’s also become music I turn to when I need to decompress or meditate. Honestly, sometimes it was hard for me to separate what was an ‘Irish tradition’ and what was part of the American culture. Music and poetry are such a big part of Irish traditions and it’s probably what I loved the most. My mom would sometimes put on Irish songs and we would just dance around the kitchen. You can’t get together with an Irish family and not have it break out in song. At my wedding, I had to interrupt my cousin on the way to the DJ bc I knew he was going to try and have them turn off the music for a sing-song! 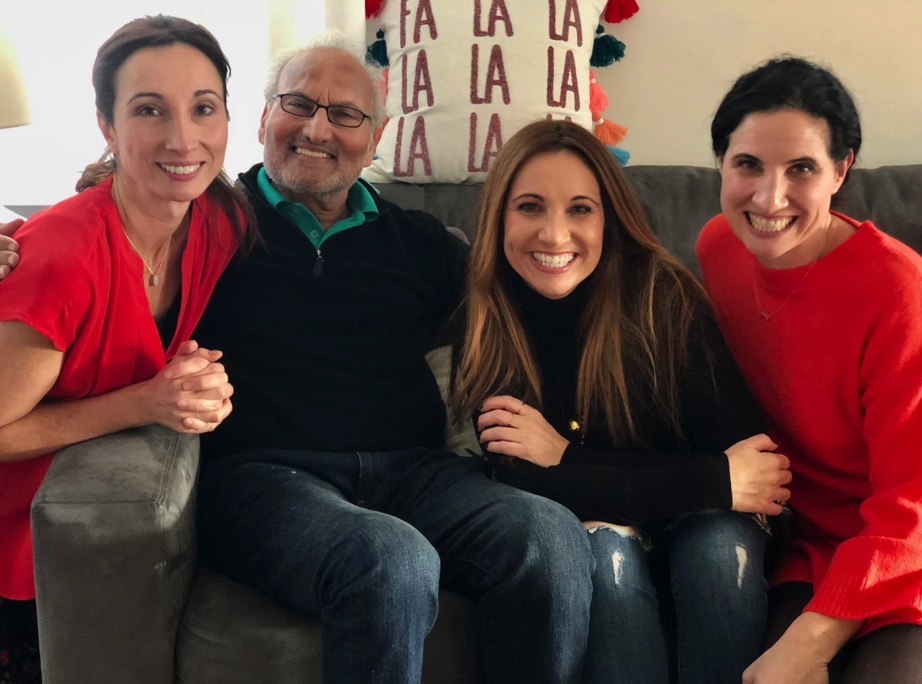 What are your favorite Southeast Asian and Irish traditions now?

We’ve tried to keep up, but haven’t done a great job, sadly. I think music is our way of keeping the traditions alive for us. And food. I give my kids what I had growing up - we do naan and yogurt as a snack and we’ll make a ‘mommy egg’ which is just a boiled egg and toast - sometimes beans when I have them!

Your favorite recipes? I love saag and just naan and yogurt. It’s become a comfort food and I could eat it every day. We had the best food in India - most of it coming from our amazing relative’s kitchen. It was the first time I had Saag with mustard greens, which was good, but I prefer spinach. I’ve tried to make simple Indian dishes, but I’m not a very good cook, so I leave it to the experts!  We have a joke about my mother boiling the food or cooking vegetables until they’ve lost their coloring or turned brown! Potatoes, potatoes, potatoes. I will switch my order at a restaurant for something else that has mashed potatoes. We have the best bread in Ireland! Blaas for one which is local to Waterford- and my husband Shawn recently tried to re-create them while we were quarantining. He got close to the taste and texture, but I can’t wait to go back and get them as soon as we can travel again!!

Do you find you identify more with one parent’s culture over the other? and why?

Growing up in America and presenting white, it was much easier to identify with being Irish. I think I definitely got the gift of gab from my mother and my sense of humor is definitely more sarcastic like the rest of my Irish family. My name was spelled incorrectly and it caused a lot of teasing growing up, which probably led me to try and fit in even more. Up until college I only went by Ange. In some ways, I don’t identify with either, although I wish I did. When we would go to Ireland, people would ask if we were Spanish. Nobody ever believes I’m part Indian. The biggest connection I have to my Indian identity is in my name - In college, I finally went back to saying my full-name and kept my last name when I got married. To me, my name is actually the strongest link I have to my Indian identity.

It seems that each culture has family expectations and specific ways of being with family: How do South East Asians and the Irish feel about holidays and family in general?

Both sides put great emphasis on family and even though I don’t get to get to see either side as much as I would like, we always feel so close. My father was the oldest son who always tried to give back - prioritizing education for our extended family. My mother has a home in Ireland (my grandfather’s home where we stayed growing up) so it always feels a bit more like going home because we’ve been there many times through the years - including almost moving there!

Are there any particular Southeast Asian or Irish traditions you practice yourself/with your kids & husband? I think mainly through food, music, and travel. I’ve wanted to re-create the big Diwali parties we went to as a kid and haven’t yet. I also want to get my daughter into Indian dancing. The kids and I have Irish passports so traveling to see our family has been a way to try and share our traditions and time together.

Any traditions that you like sharing with your friends?

Before our wedding, we had a Mehndi celebration and all did Henna. We tried to incorporate passages, music, and culture from both sides as we celebrated our time together. I don’t feel like I know enough myself to be able to share fully, unfortunately. I think this happens a lot in households where there are two cultures. I also think my parents were part of the assimilation generation, where more focus was on blending.

Thank you for reading this installment that gives a glimpse into the life of another person. At Culture x Co we believe that empathy helps to build strong bonds that counter the negativity of racism. If you would like to be featured or know somebody who would, please email us culturexcoinfo@gmail.com!